Content roles have, for a while now, been core functions in marketing and communication teams. For example, 91% of worldwide organisations use content marketing, but there are still massive variations of job title (more on that in the report) and the expectations of those job titles from company to company. Combined with the lack of reliable salary data available to UK content marketers makes it almost impossible to know how much they deserved to be paid for their work.

To start addressing this problem, we conducted the first UK content salary survey, specifically focussed on in-house and freelance content specialists based in the UK. We felt that while there are great salary surveys being conducted in the US and elsewhere, cost of living differences make it difficult to fully compare.

We also wanted to understand salary discrepancies, including by gender, ethnicity and location. The UK community is diverse in many different ways, but there are still a number of troubling pay gaps.

Jump straight to the results. 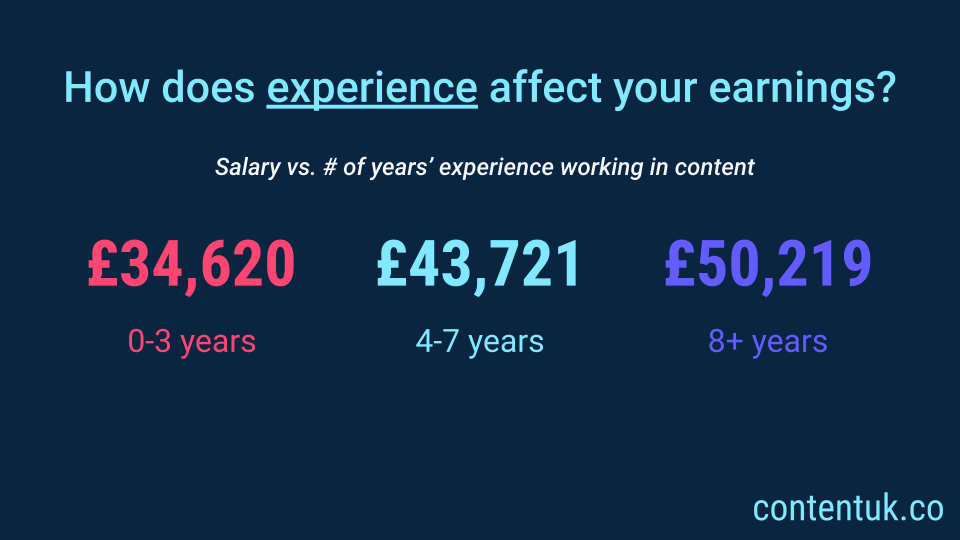 Looking at gender, we can see that the average man working in content can expect to earn an average of £45,884, whereas women can only expect to earn £41,512. This means there is a content gender pay gap of 9.6%. This is smaller than the UK average gender pay gap (15.5%), but still shows more needs to be done to find parity.

The biggest surprise from the survey was the comparison between those living in London and those living elsewhere. Accepted wisdom is that working in London pays better to account for the higher cost of living, but our survey showed the average Londoner working in content earns £42,356, while those outside of London earn £43,548.

We can speculate on why this may be. It could be a reflection of more remote-based roles in the wake of COVID-19, or it could be that roles based outside of London are beginning to pay better. Either way, it was a surprising find in the data.

We also asked salaried employees of their ‘seniority’ within their business. We got ‘associate’, ‘midweight/senior’ and ‘Head of/Director’ responses to get a picture of what those at similar levels can expect.

Associates can expect to earn £31,234. Midweight/senior content specialists earn an average of £40,105. Heads of/Directors see a sharp increase, with an average salary of £65,833.

What else did we find out from the UK content salary survey?

There is almost no conformity in job titles

Among our 76 responses, there were 56 different job titles. On the positive side, it shows the variety of roles on offer, and the different niches content specialists have made for themselves. On the other hand, it makes it extra difficult for UK content people to benchmark their title against similar roles.

UK content roles have been (fairly) resistant to COVID-19 turmoil

According to the survey, 79.2% of salaried content roles were not furloughed at any point, while 15.1% were furloughed but are now back to work. 5.7% are still furloughed. Plus, in the last 12 months, almost 60% of content specialists (salaried and freelance) have seen their salary increased, while only 4% saw their earnings decrease.

What can you do to get a fairer salary?

Gather multiple data points to better know your worth

This salary survey is just one source of salary data. You can also find other surveys (most of which are US focussed), Glassdoor salary benchmarks, and advertised salaries on open job roles. The problem is none of these provide a complete answer. You need to use all of these for a complete picture of how much you deserve to earn.

If you’re feeling brave, the best salary data you can gather is that of teammates in similar roles.

Prepare for that dreaded question

If you’re interviewing for a new job or negotiating a higher salary at your current company, make sure you know how to answer the question, “What are your salary expectations?” Prepare your answer ahead of time, give a single figure (a salary range is an invitation for the employer to choose the lower end), and be prepared to explain your answer. If you don’t feel a little bit uncomfortable saying your preferred salary, you’re probably asking for too little.

ContentUK members can watch the webinar where we deep-dive into the UK content salary survey results. 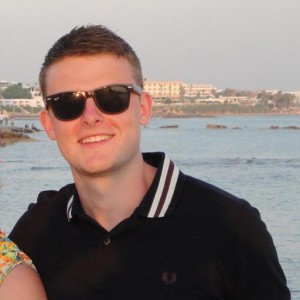 Andy Tweddle is the Senior Content Manager at the fintech GoCardless and previously worked at the marketing agency, Distilled.
Become a ContentUK member 🙌
Scroll to Top